Peter claimed that when they proclaimed Jesus, they did not follow cleverly devised myths. But that is precisely what some people are saying about the Bible’s story of Jesus. People like Robert Funk, who in 1985 founded a think tank called the “Jesus Seminar”. He said his mission was to discover the real historical Jesus, not the one found in Christian legend. Dan Brown’s recent novel, “The Da Vinci Code” made the claim that the Bible’s version of Jesus won out because a corrupt church sought to hide the real story of Jesus. The so-called “secret gospels” such as the “Gospel of Thomas” or the “Gospel of Mary Magdalene”, seem to tell a different story of Jesus. Who is right? Are Christians the victims of a massive delusion? Or are there real historical reasons why Christians believe the Jesus presented in the Bible is an accurate picture of the real Jesus of history? Today, let’s uncover some amazing facts! 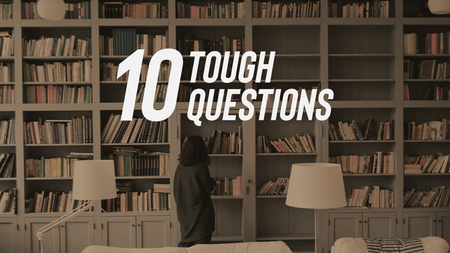 "Is Science is an issue for God?"

If God is good why is there suffering?

"Can I Trust The Bible"